Wealth and happiness WITHOUT Feng Shui

Is it possible?
The argument I often hear: “I know a lot of people who made a fortune and are quite happy without any Feng Shui and date selection”. 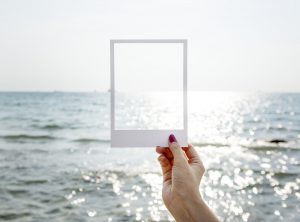 Maybe, Feng Shui is from the Evil One? Is Feng Shui a scam artful Chinese people invented to trick  naïve barbarians out of money?

Feng Shui is the Chinese  thieves’ trick to  easily find money in the house, isn’t it? (If you call south-east “a money corner” and keep your money here… It’s very convenient for a stranger to find it there) -;)

There are researchers who are convinced that most Indians didn’t see the Columbus’s ships when they were coming to America…. The Indians didn’t have THE CONCEPT OF THE SHIP. It’s difficult to see the thing the idea of which is not contained in your head. (It’s strange, but the ships were seen by the Indian shamans… They might have been more intelligent or smoked more “correct” substances, which broaden your mind -;)

When an ordinary man is looking for a house or an office he sees:

When an experienced Feng Shui Master looks at the same objects, he sees:

These objects determine the destiny of people living in the house… Their health, income, happiness… You may think that you live in a blooming garden…. (but you don’t notice the “Columbus’s ship” of radiation… Or you don’t notice the metaphysical harm which is killing you)… You may think that you are King of the hill. But in fact you live in the reverse world… And you are at the bottom of the Hell…

There are people living without solicitors… Until a drunk cyclist gets run over by your car or his ex-wife wants to take 50% of the business, the  children, the house and the lovely dog.

There are people who never buy the medical insurance… Have you ever been ill while on holiday abroad? Did you like the bill for the treatment?

You don’t go abroad, you are not married, you don’t have a car… And you are going to end up dissolving in the rainbow and not leaving your body to be carefully dissected before being powdered and given back to the family that used to hate you, aren’t you?

My congratulations! You don’t need the services of a doctor / solicitor / insurance agent.

Everything goes well in your life and you are REALLY happy with your income / health / happiness, aren’t you? Or you’re settled for less and are living in the heaven of the spiritual peacefulness?

In a manner, in your world, the Earth is still flat and stands on 3 whales.

But to tell the truth, the chances that you belong to this 1% are approximately 0. I doubt that my subscribers are Bill Gates, Richard Branson, Prince of Bhutan or Dalai Lama…