By Людмила Шевель 06.02.2018 Uncategorized
No Comments

Everybody who has started learning Feng Shui probably has heard that missing sectors in flats and houses are very bad. It is one of the “hottest” topics on Feng Shui forums. People who find missing sectors in their flats wring hands and ask “What shall we do?” and seek for help.


People who read popular books on Feng Shui are most upset about them, because they have learnt that the living space is divided into 8 “zones”: wealth, fame, love and marriage, career, wisdom, etc. The logic here is like this: if there’s a missing sector in the flat, it means big problems in this sphere of life. If there’s no south-west, you won’t have wealth, no north – no career, no north-east – you’ll become a silly billy…

Those who learn more are most afraid of the missing north-west sector. It’s not surprising, because many Internet publications say that a missing north-west sector will destroy the relationships between spouses and even a happy couple will separate or the husband will die. A strong man is likely to run away from such a flat, a weak man will probably get ill or turn into a lazybones or alcoholic. 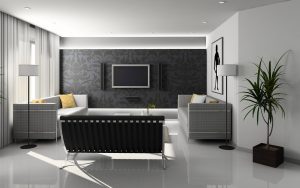 There’s also an opinion that such houses belong to bachelor women who can never get married. Even if they have a husband, they are so unhappy that it would be better for them to live alone.

Actually, classical Feng Shui says that auspicious houses and flats should be rectangular, while modern flats often have missing sectors. In the Feng Shui language a missing sector is a “palace” which falls out while applying a 9-square grid on the plan of the flat. Don’t forget to orient the plan correctly after taking compass measurements.
Traditionally, the south is at the bottom, the north – on top of the page, so you have to turn the plan in the same direction.

Today we are going to talk about such flats and discuss if it is always bad, why it may be negative and for what kind of people. I hope that after you’ve read this article your headache about missing sectors will disappear and you’ll make out what you should be afraid of.

Basically, you need to know 8 trigrams theory (Bagua) to understand the problem of missing sectors. Trigrams appeared as a result of different combinations of Yin and Yang. Bagua is a fundamental concept of Chinese metaphysics and it describes the connections between the cardinal directions, phenomena, people, body parts, etc. Each sector of the flat is connected with one of the 8 trigrams and is associated with different life spheres, social roles, professions and emotions. 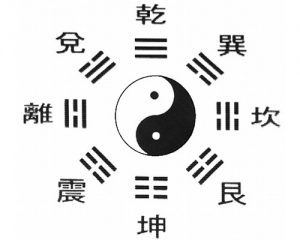 A missing sector means a weak connection between the person and the house or difficulties with realizing their potential in the spheres referring to the trigrams.

Let’s look at all the palaces and I’ll tell you what they mean. I’m sure that 2 or more missing sectors is an absolute taboo to use the house or flat.

Another important thing is one missing sector in the south, north or north-west. It is also a valid reason not to live in such a flat. It means that it’s a bad idea to live in a flat where there’s one key missing sector, it won’t start influencing immediately, but that’s another story.

If you have another missing sector, it’s not a fantastic flat, but before getting nervous you should find out if it concerns you and your relatives taking into account their age and GUA number.

If you don’t know your GUA number yet, go to ba-zi.com and find it, you’ll need it to read further. 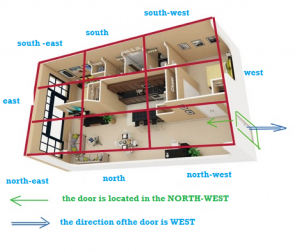 North-East is connected with Gen trigram, which is associated with the younger son and boys at the age of 1-15. The absence of this sector can be primarily negative for emotional stability of boys. They will feel uncomfortable in this house, as well as all people with GUA 8.

If East is missing, Zhen trigram and Wood element are weakened. The energy of this element is responsible for growth, moving forward, ambitions, health and optimism.

If the east is missing, the dwellers are weak-willed, they don’t want to struggle for their future, they are not competitive and don’t pursue their interests. They start to go with the stream, put up with routines and the absence of dynamics. Family conflicts arise without reason. This family experience estrangement, insincerity and tense relationships. As a rule, the dwellers feel lack of energy, they often get ill and have problems with legs. These problems are most probable for men of 30-45 and all people with GUA 3.

If you don’t have the south-east sector, the elder daughter, women at the age of 30-45 and people with GUA 4 may have difficulties. They will feel uncomfortable in this flat, they will stay longer at work or at friends’ houses, sit in cafés to avoid getting home.

If the south sector is missing, people in this flat will have little joy in life. People have inadequate self-estimation, that’s why they are extremely anxious about people’s opinion about them. People with GUA 9 and girls of 15-30 will have most difficulties.

If your flat doesn’t have a south-west sector, the mother of the family is weakened. The damage will concern every woman older than 45 and people with GUA 2. They are weak in this house, it isn’t suitable for them.

If the western sector is missing, all people with GUA 7 and girls younger than 15 will feel it. West is connected with metaphysics, speech, and eloquence. This house is not suitable for people who work in the area of Feng Shui, astrology, Reiki, qigong, aromatherapy and others.

One of the most critical sectors is north-west. Its absence is extremely negative for relationships. Women living in such houses are often lonely. Husbands often have health problems. It’s especially serious for people with GUA 8 and men older than 45.

The last sector is north. It’s important for people with GUA 1. Its absence means lack of wisdom and clear thinking for the dwellers because there’s no Water, which is connected with brainwork. Yong boys of 15-30 will be weakened.

What can be done if one missing sector in your flat is connected with you or members of your family?

Classical Feng Shui is rather throughgoing. If we are under our client’s thumb, we may offer to “build” the missing sectors using umbrellas, stones, and metallic rings. One of the most respected Feng Shui Masters says that it’s a BS-formula (BS = bullshit, i.e. nonsense, mildly speaking). Do you want to know the Chinese approach to improving the Feng Shui of the house? What do the most respected Masters in Asia think about it? When their students say that they have problems with Feng Shui in their house, which has the following drawbacks: 1, 2, 3, 4… and ask what they could do about it, the Master asks: “Why do youlive in such a bad flat?”

It means that you should use your knowledge to find a good flat and outweigh your destiny, but not to “mend” your life by improving it by 5%. 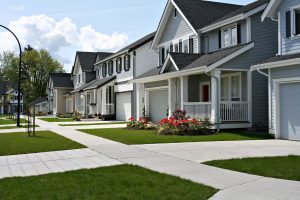 But people are lazy. They always ask where to put a mandarin duck. Or they say they have just redecorated their flat and now they invite me to improve its Feng Shui. But they say that they are not going to change anything in it. In such cases I want to say: “You know my current account number, if not, ask my secretary and transfer the price of my consultation. But I’m not going to come to your house because there’s no point in it”. In fact, I never accept such invitations.

There’s one more thing. I haven’t told about it, because it may be evident for many people. But I’ll tell just in case. If the sector is present in your flat or house, but there’s a Sha in this direction outside, for example, a rubbish recycling plant, awful chimneys, a TTP, a huge cemetery near the house, it means that Qi is already damaged and it’s not a good idea to live in such a house.
There’s one more important practical question connected with missing sectors – professions and jobs. Missing sectors can affect people with a particular GUA number or social role, but also definite professionals.

As I have already mentioned, it’s not reasonable to correct the missing sector. But sometimes a trick can help to regain the missing element. For example, if there’s no north sector, but you have managed to build Shen – Zi – Chen triangle (Monkey – Rat – Dragon) by using light, doors, windows, i.e. restore this type of Qi, you’ll be able to return the Water element in the interior. But it’s very difficult or impossible for the majority of readers, because this is a task for advanced students.