The Secrets of 8 Mansions (Ba Zhai)

I’d like to start with a short story which could happen in reality.
“Angelina has taken up reading books on Feng Shui recently.
One day she came across her first book on this topic. And it started…

At first, bookshops were hit,
then it was the turn of Feng Shui forums,
then it was furniture which had to change its place three times a day.
Moreover Angelina bought a compass.

She found out what Gua is, calculated it,
and realized that there are four positive and four negative directions.
And since that time she tried to place herself in the most beneficial way.
She felt especially uncomfortable during lectures in one of the classrooms
where the tribune was in south-east direction.
Angelina’s Gua referred to the western group,
which meant that south-east, south and east were not good for her.
As a result, she had to sit half-turned to the lecturer,
which was a bit uncomfortable. 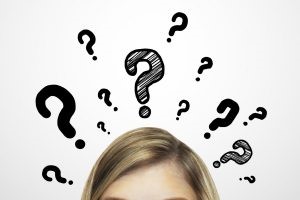 But the more she plunged into books and replaced the furniture,
the more questions she had.
What is worse, she started to find contradictions.
What was good in one formula
did not coincided with another one.

Her brain seethed, she had more and more questions.
Angelina spent nights on Feng Shui forums,
looking for answers. As a result, she started to oversleep and miss lectures,
she had problems at university…

Until one of forum’s old-timers told her about one Master
who was worth learning Feng Shui fundamentals from.
And he also advised her to get rid of her books 🙂

At first, Angelina didn’t believe him,
she didn’t risk throwing away the books (it cost her a pretty sum of money!),
but after a couple of online classes with the Master
she calmed down and started learning the so-called “classical Feng Shui”.

This story is pretty funny, you may laugh at it.
But I know that many of you came through something like this.
The problem with pop-Feng Shui books –
let’s call things by their proper names –
is that they give only half of the information.
The same is with the Gua theme.

The majority of people know only that
there’s a personal Gua,
that people refer to eastern or western groups,
that there are four positive directions and four negative ones.
But very few people know that classical Feng Shui deals with
the Gua of the house.

Yes, the Gua of the house, not the person.
But there’s no information about it.
And if the husband’s Gua is 8 and the wife’s Gua is 1,
they don’t need to live in different houses
or at least different rooms.
Classical Feng Shui solves this problem.
This is what I want to make clear…

But it’s much more pleasant to sit under the apple trees in the garden
and see the old leaning toilet in the corner.
It’s not very aesthetically acceptable,
but it’s better that sitting inside.